Back in 2017, I closed my LinkedIn account. I’ve not missed it in any way, but then I’ve been happily employed since 2015. The one use case I’ve had for LinkedIn - finding work - has been a non-issue.

Unfortunately, it’s becoming an issue again. My current gig through Cogent as an engineering manager is likely coming to an end in a few months, and I’d like to find more of the same work. Once again I’m looking for a gig (though this time it’s business development for Cogent) … and once again, LinkedIn is looking like an indispensable tool :(

Why does LinkedIn have such market dominance?

They own a tonne of people’s data. Odds are if someone works in a vaguely ‘digital’ field, they’re on LinkedIn, and LinkedIn has their data. Not just employment history, but messaging, social graphs, blog posts, etc.

Information asymmetry. Have you ever had the experience of using LinkedIn as a recruiter? It’s a profoundly different experience to using it as a job-hunter. They leverage your data to offer a high-value solution to their paying customers, recruiters and hiring managers. These powerful search tools aren’t available to the rank-and-file giving up their data in order to participate. 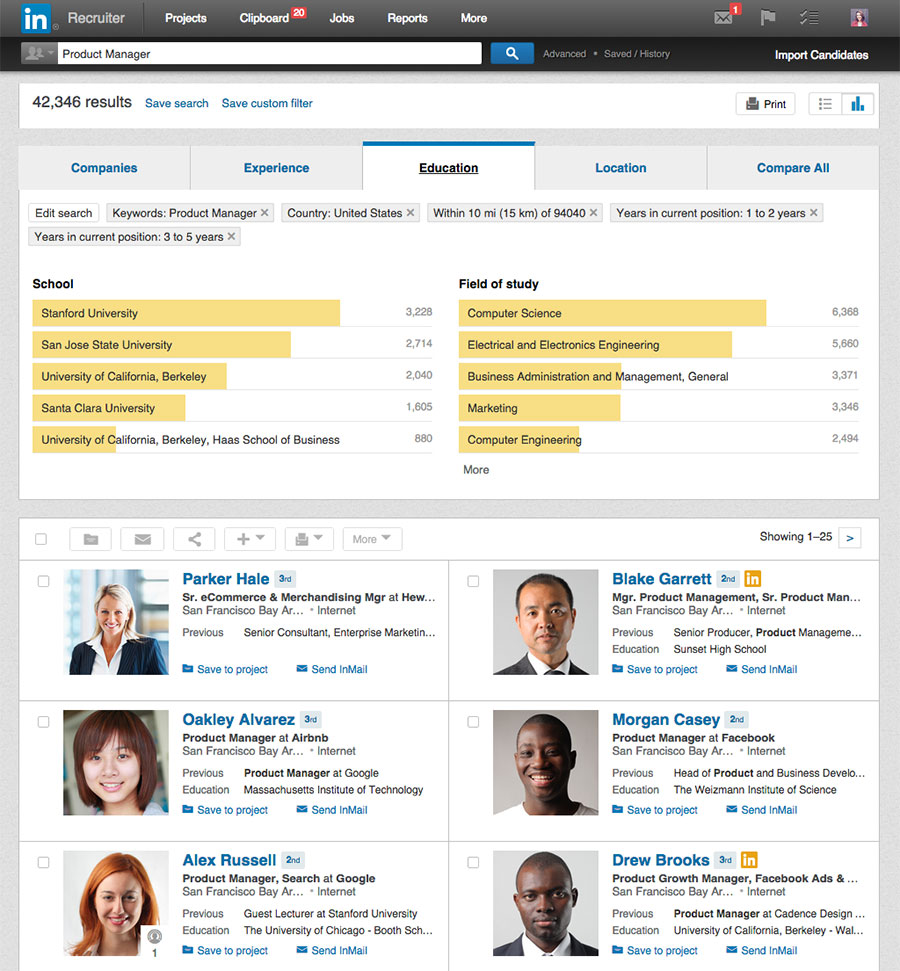 It works. If you’re on LinkedIn, and have in-demand skills, you will get contacted. I was recently interviewing a developer (who I went on to hire), who commented that since switching to software development from IT support, he’d received a steady stream of inquiries from recruiters looking to place him in mobile development roles.

It works. If you’re trying to hire for a role, LinkedIn is the most time- and cost-effective way of finding candidates. The tools provided to paying customers are incredibly powerful and fast, even in the hands of hiring manager as opposed to a specialist recruiter.

Given such a compelling story, how could LinkedIn be disrupted?

LinkedIn’s dominance stems from the fact that it works so well, which in turn is only possible because they own people’s data.

If people could release their data - their professional social graphs - in a distributed, searchable, reliable fashion, I believe that users (especially paying users) would abandon them in droves. Why continue to pay good money for something you could get for free? Why continue giving your data to an organisation that treats its users with contempt?

I’ve been mulling over ways of achieving that for a while. Some ideas I’ve rejected include:

I think it’d have to be separate to the existing Fediverse systems. Most people tend to separate their professional from their personal social networking; I don’t think a Fediverse solution would change that desire for most people. It could potentially just be a matter of having different accounts; one could then piggy-back professional data onto say a Mastodon account. Something about that design feels icky, though, even as a Fediverse n00b.

More research is required. I’ve applied to join mastodon.social for the purpose of talking the idea through with people there, or at least, discovering where the people I should be talking to are hanging out :)

I think that LinkedIn can be disrupted, if a Fediverse alternative can be built that is sufficiently compelling. I hope I’m right.

(Thanks to innoxiuss for the photo of The Thinker, by Rodin).